Remade in the USA 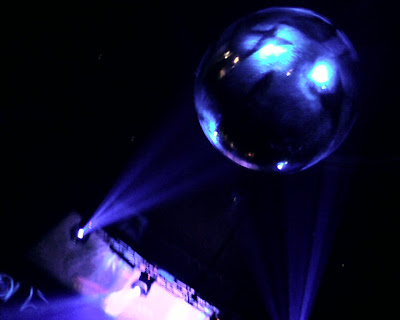 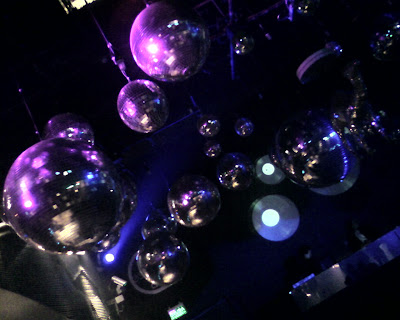 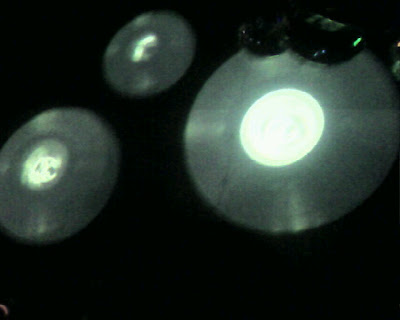 Posted by Enrique Avogadro en 7:27 a. m. No hay comentarios.: 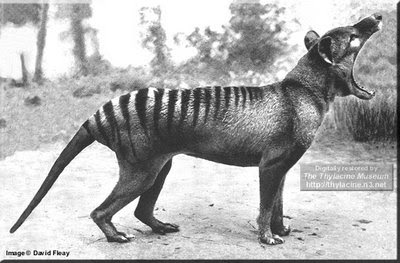 Insistimos... show me the money!

After saturating their home market with about $1 trillion in project investments, state-owned companies in the United Arab Emirates, Saudi Arabia, Kuwait and Qatar have increasingly looked overseas for companies and trophy real estate to acquire.
Posted by Enrique Avogadro en 7:55 p. m. No hay comentarios.: 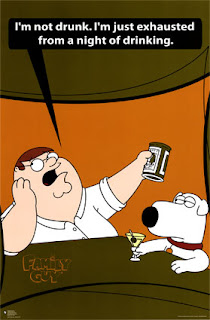 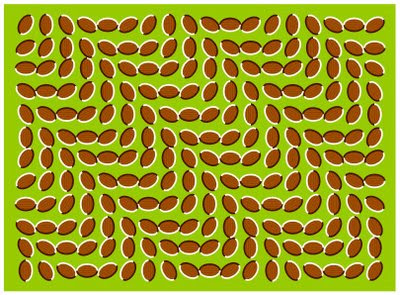 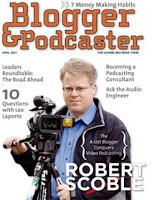 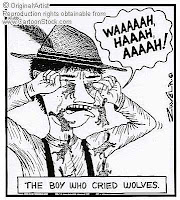 Posted by Enrique Avogadro en 1:21 a. m. No hay comentarios.:

A new wave of foreign competitive pressure is beginning to ripple through the U.S. economy, from companies in emerging markets like Brazil, Russia, India and China. These companies are seeking to become world-spanning multinationals - just as Samsung Electronics emerged from South Korea and Toyota sprang from Japan in earlier phases of globalization.

The new multinationals represent a far more complex phenomenon than a surge of imported products, which can be blocked or reduced by tariffs and quotas, experts say. These companies will be buying assets, and while political disputes may block some deals, as in the case of a Dubai group aiming to buy American ports or of Haier trying to buy Maytag, there does not seem to be any stopping of the broader trend.

Barbarians at the gates!

Now the UN, like other governmental and international institutions, is increasingly facing questions of access and accreditation for journalists who are not associated with larger media organizations - and whose activities seem to blur across the lines of traditional journalism.

In this large pool of reporters, an added complication for UN officials comes from the often-murky differences between bloggers, journalists and advocates. Many blogs, after all, are popular for lively cocktails of reporting, commentary and agenda-pushing that transcend journalistic ethics. And Dujarric said that one of the biggest challenges for the UN is to balance concerns of openness, security and professional standards in the face of increased interest from members of the new media.

Posted by Enrique Avogadro en 1:50 a. m. No hay comentarios.:

As video journalism grows, unions and television traditionalists are watching with some wariness. The new technology might promise lower costs and higher flexibility, but it also signals the loss of jobs that have been around since the dawn of television.

"For those people who spent their lives as functionaries, dragging equipment around, holding cameras, they are facing the end of their careers," said Michael Rosenblum, president of Rosenblum Associates, his video journalism consultancy based in New York. "And they're not pleased about this." 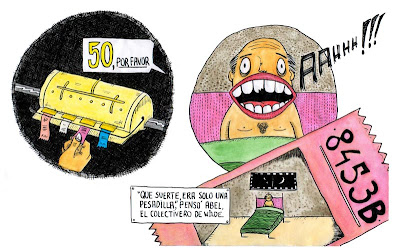 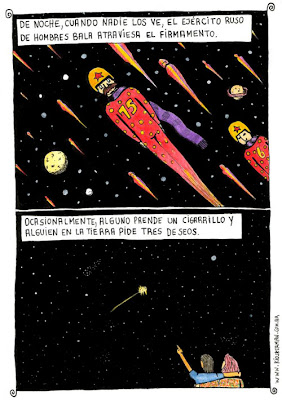 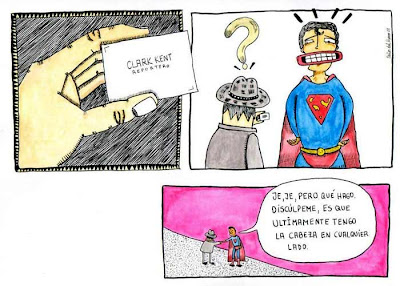 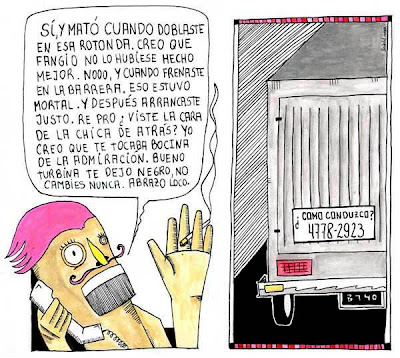 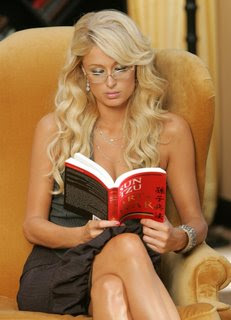 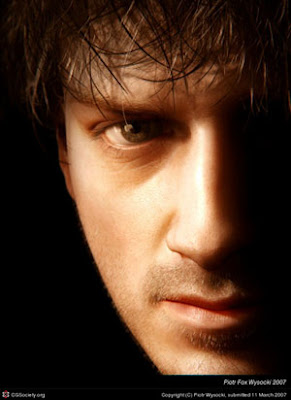 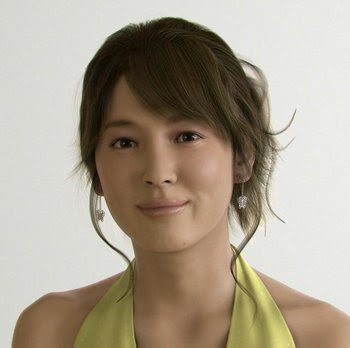 Pictures of you - The Cure
Posted by Enrique Avogadro en 1:28 p. m. No hay comentarios.: 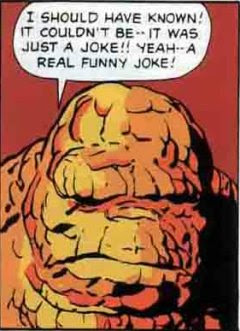 EU on alert for trade barriers

BRUSSELS: The European Union said Wednesday that it would set up an early warning system to watch for foreign trade barriers that prevent European companies from exporting to growing markets.

The EU said it would ask its delegations and national embassies throughout the world to work with businesses to identify unfair obstacles to their trade in other countries, like national rules that effectively shut out foreigners.

For a study in contrasts, consider the daily commute. American trains are packed with business people furiously tapping their BlackBerrys or Treos, squeezing a few extra minutes into their work days. In Tokyo or Seoul, commuters stare intently at their cell phone screens, but they're usually playing games, watching video clips, or sending Hello Kitty icons to friends. And while advertising for U.S. cellular companies emphasizes how data services can make users more productive at work, Asian carriers tend to stress the fun factor.

Why? Corporate culture in the Far East remains deeply conservative, and most businesses have been slow to mine the opportunities offered by newfangled communications technologies. One big reason is the premium placed on face time at the office. Junior employees are reluctant to leave work before the boss does for fear of looking like slackers. Also, Confucianism places greater stock on group effort and consensus-building than on individual initiative. So members of a team all feel they must stick around if there is a task to complete. "To reap full benefits from IT investment, companies must change the way they do business," says Lee Inn Chan, vice-president at SK Research Institute, a Seoul management think tank funded by cellular carrier SK Telecom (SKM). "What's most needed in Korea and Japan is an overhaul in business processes and practices."

Brazil soy oil is the number one ingredient used in making biodiesel. Soy oil companies think Argentina's cheaper costs will cut them out of the market, especially the export markets.

"We're going to convince the government that they have to gun for Argentina on this issue, play tough," said Carlo Lovatelli, president of the Brazilian Vegetable Oils Industry Association, or Abiove.

"Biodiesel investments are heading to Argentina and not Brazil because it makes more sense to produce it there than here because of tax and trade incentives. We can be importing biodiesel from Argentina very soon," Lovatelli said.

Brazil produces biodiesel at roughly $0.50 a liter, or 1.40 Brazilian reals on the low end, according to Safras & Mercado. Production costs can be as high as BLR1.60 a liter. Argentina can make it for $0.22 a liter, according to Argentine agribusiness consulting firm Abaceb.

In early February, Argentine President Nestor Kirchner signed an executive order to create a national biofuel law designed to make Argentina a biodiesel exporter. Kirchner put a low 5% export tax on biofuels, compared with a 24% export tax on soyoil. That makes it more beneficial for soyoil companies to sell their soyoil to fuel refineries for export than it does to export pure soybean oil for human consumption, Lovatelli said.

Domestic demand is also assured as Argentina's Biofuels Act mandates a 5% content of biodiesel or ethanol in the nation's fuel by 2010. The measure also provides tax breaks for companies investing in the sector. Santa Fe Province, which dominates soybean production and processing, has also offered a host of tax breaks to stimulate biofuel production.

But analysts here say Argentina is much more interested in exporting. Argentina wants to export biodiesel to the European and U.S. biofuels market, while its rival to the north is worried that Argentina's cheaper product will simply cut Brazil out of the export market and surely make investing difficult.
Posted by Enrique Avogadro en 10:38 a. m. 5 comentarios: 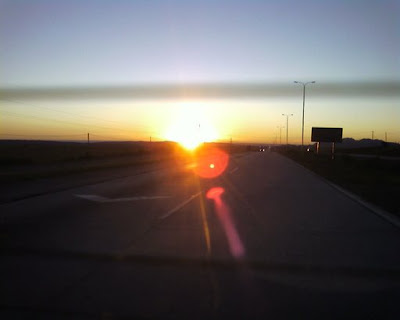 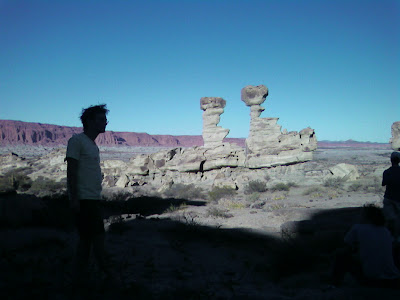